IO Builder is a high-level, node-based control and data routing software  with easier device and software synchronization management than ever.

There are many great, well-tested software and hardware components out on the market in different business areas. Those tools are traditionally used in discrete workflows developed with different mindsets and working principles.

What if you would like to join two worlds and use a piece of software in conjunction with a specific type of hardware from a completely different field? It is possible, but traditionally, it consumes a lot of peer-to-peer development effort.

IO Builder simplifies this problem using custom-built real-time synchronizing methods alongside with highly efficient communication protocols that can be incorporated into many hardware components, and extendable software.

Working environments with many devices and software can be built within seconds using an easy-to-understand user interface. 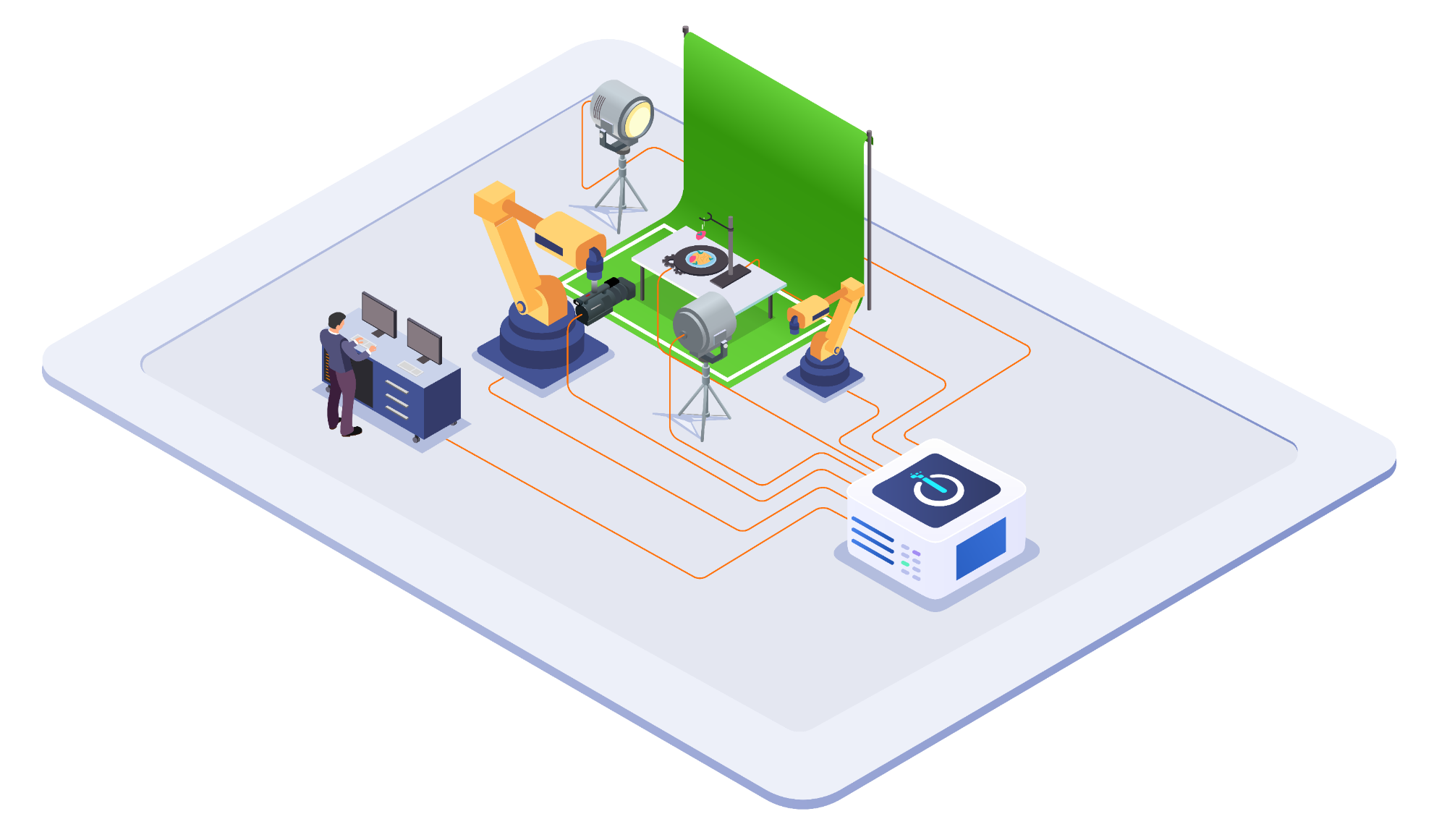 While it is considered as generic interconnection and control software, developers of IO Builder have started the project as a modular motion control filmmaking equipment software back in 2011.

Instead of re-inventing the wheel and developing yet another 3D Animation toolset, you can empower your creative process of movement design with the most recent, highly-flexible animation applications. IO Builder makes this connection seamless.

Made with IO Builder

Here are some examples of high-end devices using IO Builder as a controlling software.

State-of-the art Cinema Robot System is being used with great success in many Hollywood productions, commercials, and automated TV Studios.

At table-top shootings, one of the most crucial parts is triggering and controlling SFX equipment in perfect synchronization with the camera movement in the millisecond range. Valves, magnets, turntables, custom axes, and other robots.

Using real-time rendered content on LED walls, displays or keyed with greenscreens has became as an everyday task, our solution gives integration with the most popular render engines.

For more information or inquiry please leave us a message in the chat window on the bottom right or write/call us directly.